ERECTED BY THE FAMILY 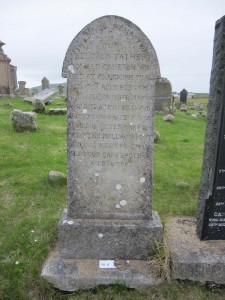 This is the cross of Michael, Archangel of God. Anna Prioress of Iona 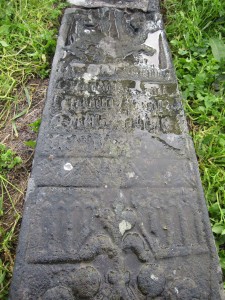 Notes:SS 006    The greater part of a cross shaft which is broken and lying on top of a grave with a 20th century headstone.
At the top of the stone is St Michael slaying the dragon which is at his feet?
In the middle of the stone an inscription in Latin reads “This is the cross of Michael, Archangel of God. Anna Prioress of Iona”
Which Historic Scotland interpret as Anna Prioress of Iona erecting his stone .
And at the bottom death is represented as a cadaver with a spade in his hand beside a hooded and cloaked figure thought to represent the Prioress Anna MacLean. She is holding a holy book and is drawing aside the cadavers flesh to expose his entrails.

The back of the cross shaft is decorated with thick stemmed plant scroll according to the RCAHMS.
Scheduled stone  1997 along with the older half of this part of the graveyard 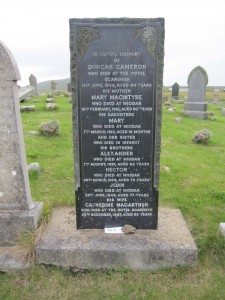 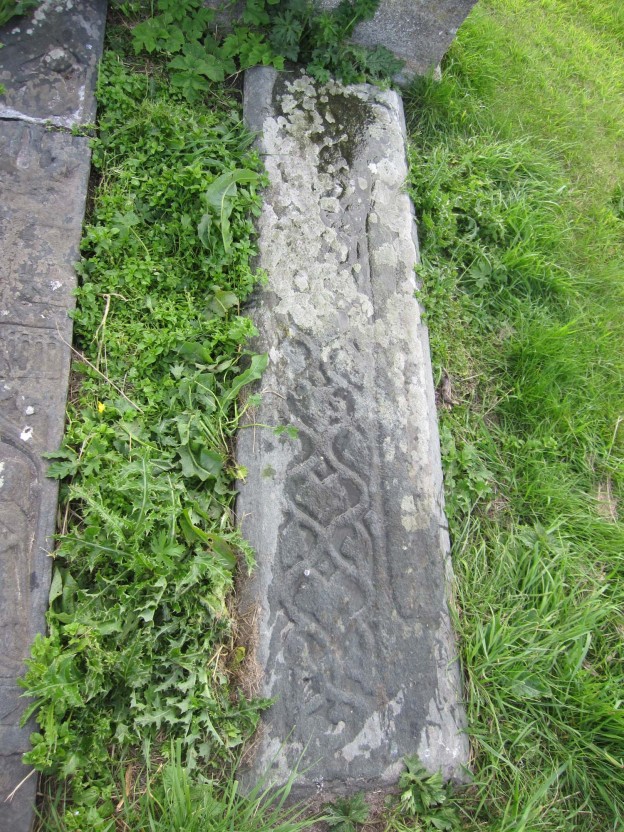 Notes: On top of a grave with a 20th century headstone beside SS 006 the .Medieval tapered slab .To the right hand side of the stone is a sword with a lobated pommel and short inclined quillons to the left there is decorative plant scroll.
Treasured Memories of
DONALD ARCHIBALD CAMERON
SCARINISH FARM
DIED 1ST MARCH 1986
AGED 73 YEARS
DEARLY LOVED HUSBAND OF
JESSIE CAMPBELL
DIED 9TH AUGUST 2003
AGED 85 YEARS 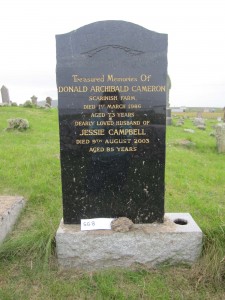 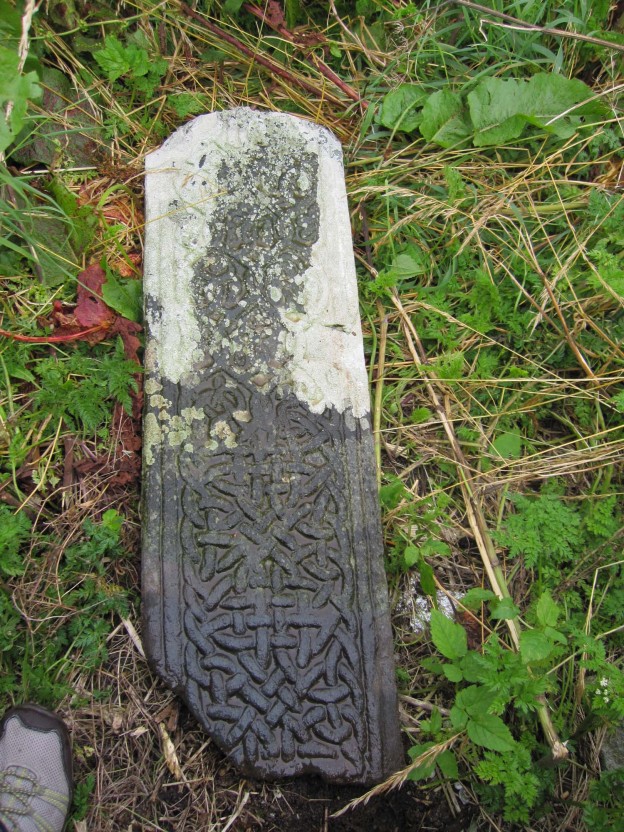 Notes: This is being used as headstone marker in the small walled enclosure in the middle part of the graveyard, known as MacArthur’s Enclosure.
Part of a cross shaft decorated with tightly irregular knot work pattern which changes higher up to to a plant scroll pattern.
On the back of the shaft is visible a small section of knot work.
IN LOVING MEMORY OF
JEAN MACDONALD
WHO DIED
AT THE HOTEL SCARINISH
ON 1ST AUGUST, 1955
AGED 21 YEARS

ERECTED BY
JESSIE & DONALD A. CAMERON 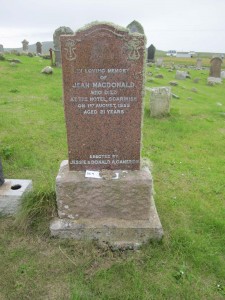 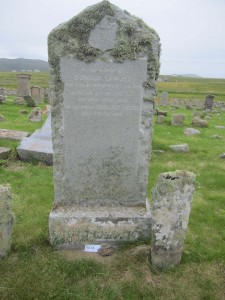 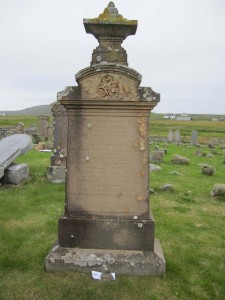 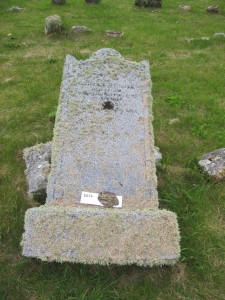 Notes: Stone 20 on Keith Dash’s website
« Previous 1 2 3 4 … 36 Next »
To find if your ancestor's grave is marked by an inscribed headstone, click on the Advanced Search.